As popular with celebrities as he is with newspaper and magazine editors, it only takes one glance at photographer Ian White’s portfolio to instantly understand why. Specialising in editorial, advertising and portrait photography, White’s work is vivid, expressive, fresh and full of personality. Whether inanimate or living, White mesmerise audiences with his ability to chronicle and convey both the essence and what lies at the core of his subject(s). Closer inspection of his images reveals White further ups the artistic ante by also capturing an edge, a quirkiness, an element of uniqueness never previously accessed or portrayed before. 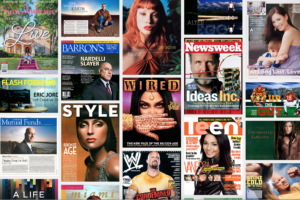 From the moment he picked up a camera and stared down its lens with intention at the age of 15, White’s mastery of the medium was inevitable. Beginning his career as an intern at the Honolulu Advertiser, it wasn’t long before White’s natural talent gained him credibility in the highly competitive industry of professional photography and employment with reputable print publications and media outlets such as the San Jose Mercury News, Newsweek and Associated Press

Expanding his skill set into documentary making, White also achieved success in that creative domain before allowing himself to be lured into the art world. Galleries in New York, Boston and Philadelphia held four solo exhibitions of his work and his images were also featured in three group shows. 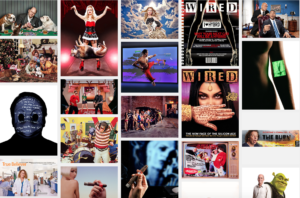 In 1990, White relocated to Los Angeles where he shot for Cable Guide and Total TV. This led to him being booked for campaigns with global brands such as Adidas and Sony.

Over the years he has photographed countless celebrities and prominent figures from David Spade to David Hasselhoff; Oscar winning actress, Meryl Streep to Oscar winning screenplay writer and director, Quentin Tarantino; popstars Taylor Swift and Rhiannon to the stars of pop culture, Reed Hastings (Netflix CEO) and Nolan Bushnell (Atari founder); and everyone in between.

To date, White has been commissioned to shoot over 150 covers and published in more than 60 countries.

By now, many of you will likely be wondering how Ian White’s accomplishments relate to chess. They don’t. Well, not directly anyway. However, if you cast your minds back to the celebrity chess blog posted a few months back, you may remember we wrote about Arnold Schwarzenegger incorporating chess play into his recuperation as it helped him to  maintain cognitive health whilst recovering from major surgery. The accompanying image of Schwarzenegger was of course shot by Ian, aka Crobs’ white knight.

We’ve bestowed that nickname because (a) it’s an attempt to be clever and create a chess pun with his surname (b) it’s an attempt to incorporate at least one chess reference into this blog, and (c) the actual reason. In medieval times, knights operated under the Code of Chivalry. They demonstrated gallantry and embodied the seven knightly virtues which included justice, mercy and generosity – the same behaviour Crobs’ members were fortunate to experience during our brief interaction with White. 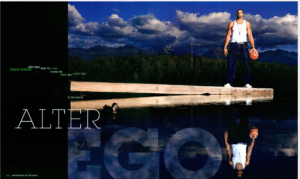 It’s expected that photographers of White’s calibre charge end-users for the publication or reproduction of their work. Having the greatest respect for artists and their creative endeavours, the Crobs’ Team always make it a point to check the terms and conditions of copyright for every image we use. Given the direct link Getty Images (White’s licenser) provided to the usage terms, we believed it to suffice and after ensuring Crobs’ fell under one of the exemption categories and believing it to suffice, uploaded White’s photograph as an accompaniment to our previous blog.

Unfortunately, soon afterwards, we received an infringement notice from White’s legal representatives. Despite our valid defence and genuine belief that we had abided by the copyright conditions, his lawyer was adamant the photograph was published in Australia, and therefore subject to our own country’s copyright laws, which allegedly rendered Crobs’ in breach of White’s copyright.

None of our appeals to White’s legal team were effective. They firmly insisted on compensation, which we all know is non-existent being a non-profit group that receives no outside funding. Nor were they moved by the Crobs’ ethos and purpose: to operate as a not-for-profit initiative that connects community members and the wider public through chess to reduce the prevalence of social isolation.

So, we contacted White directly to seek his consent to publish his image on our blog. 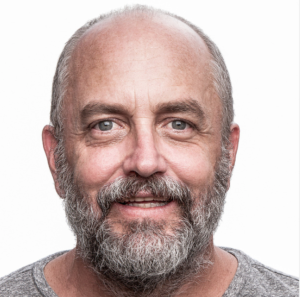 White states on his website: “I am a lucky man, I get paid to meet some of the most interesting people on the planet. It’s like having a backstage pass for life!”

We believe that he’s created his own luck and has enjoyed success as a result of his  innate talent and the characteristics he has cultivated through his lifetime which has shaped him into the person that we, the outside world experience – decent, altruistic and kind (just to name a few

So, this blog is dedicated entirely to Mr Ian White. Not only for his generosity in waiving his copyright privileges but also for reminding us that the human connection that we advocate so fiercely for exists not only at a community level but a global one also.

**Consent to publish sections of his website and portfolio to add visual context to this blog has been sought. Should permission not be granted, we will immediately remove the images and blog from the Crobs’ website